A version of this article has been published on The Conversation, here.

James Madison's copy of the US Bill of Rights. 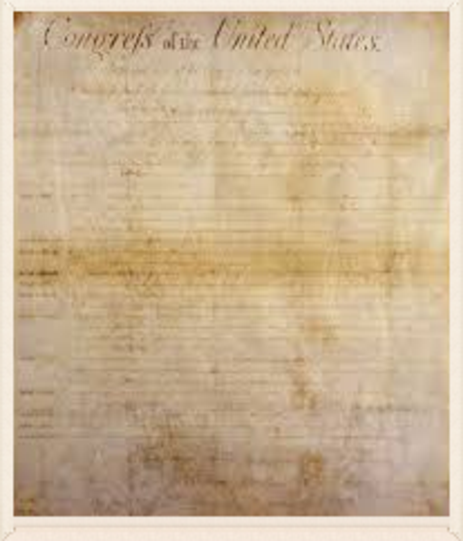 The principal answer rests in the subsequent history of the Bill of Rights. The Parliamentary Archives describe the Bill of Rights as part of a ‘wider national historical narrative’, commencing with Magna Carta, which ‘established the rights of Parliament and set out universal civil liberties’. It also, they note, ‘has international significance, as it was a model for the US Bill of Rights 1789’.

Negotiations were begun with the steadfastly protestant William, Prince of Orange – James’s son-in-law – who was invited to assume the throne. Before doing so, however, several figures in Parliament argued that it was important to secure themselves from any future ‘arbitrary government’, and think carefully about ‘what powers we ought to give the Crown’. The Bill of Rights which emerged was not legally binding upon William III, but having enforced the abdication of James II, Parliament felt empowered to define it as a document which determined how best a King should rule. 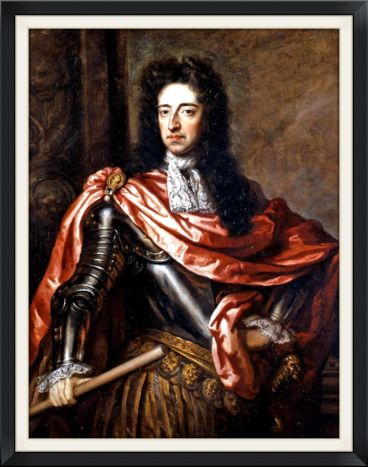 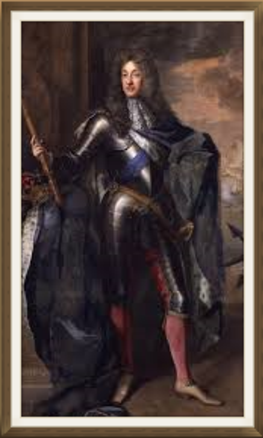 With its 800th anniversary looming in 2015, the Magna Carta is increasingly well-served with addresses pontificating upon its significance to the British – and hence international – struggle for the rights of ‘the people’ against tyranny. There are countless ceremonies, lectures, re-evaluations and retrospectives planned for next year. But it should not be forgotten that this is also the country that wrote the Bill of Rights.

On December 16 this year, it will be 325 years since Parliament ratified a Bill announcing the terms with which they had welcomed the Dutchman, William III, to the English throne. This 1689 text reminded William that ‘the laws of England are the birthright of the people thereof, and all the kings and queens . . . of this realm ought to administer the government . . . according to the said laws’. It has been seen ever since as a cornerstone of Britain’s unwritten constitution.

‘325 years’ is hardly a fashionable anniversary, and the Bill of Rights lacks something of the constitutional glamour of its more familiar cousin, the Magna Carta. But any sustained analysis of its import and its relevance to today, has been conspicuously absent from commentary on the Conservatives’ Bill of Rights proposals.

The 1689 Bill of Rights is a vital document in the history of the struggle for Parliamentary sovereignty in this country. Its proponents argued that it simply asserted the long-held rights of Parliament against the tyrannical impulses of some monarchs. Such impulses had been seen most spectacularly in reign of James II. The overwhelmingly protestant Parliament was already suspicious of the threat that James posed to their ‘traditional’ rights, coming to the throne as he did in 1685 - as a Catholic.

Bringing this autumn’s party-conference season to a close, David Cameron used October to re-launch one of the Conservatives’ 2010 manifesto commitments. He promised that if a Conservative government is returned after the next election, it would repeal the 1998 Human Rights Act, restore the sovereignty of Parliament against the ‘mission-creep’ of unelected European judges, and enact a ‘British Bill of Rights’ more properly ‘rooted in our values’. We do not, he insisted, ‘require instructions on this from judges in Strasbourg. . . . This is the country that wrote Magna Carta’. 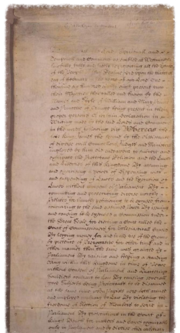 from National to International Benchmark, and back again?

The ‘true, ancient and

free elections, due legal process, freedom of speech within Parliament. They sought also to limit the imposition of fines and taxation obtained by the monarch without recourse to Parliament.

Their suspicions were confirmed as James sought to use his ‘royal prerogative’ systematically to dismantle – without reference to Parliament – legislation which disbarred ‘papists’ from holding political and military office, and which exacted legal and financial penalties Parliament felt were proportionate to the threat Catholics posed to the political security of the nation. Parliament was threatened on two sides: from a religion which swore allegiance to a foreign power (the Pope), and from a Monarch who refused to recognise their constitutional role. James it had been argued, had un-Kinged himself by refusing to rule England in accordance with its constitution.

The principles at stake – taxation, liberty of the person, parliamentary sovereignty – seem so generic now as to question the specific influence of the 1689 Bill. But the wording of specific rights reveals that it was indeed the 1689 Bill of Rights which marked the means whereby British rights went international. Protection from ‘cruel and unusual punishment’ – a phrase first used in the 1689 – was adopted into the US Bill of Rights in 1791, to become the 8th Amendment to the US Constitution; the 1689 formulation reappeared in section 12 of Canada’s 1982 Charter of Rights and Freedoms. With some slight rewording, the right has become fundamental as Article Five of the Universal Declaration of Human Rights in 1948, and Article Three of the European Convention on Human Rights (1950).

These two instruments, drafted in the wake of the Second World War, sought to establish a floor for basic – and universal – rights, beneath which no state would sink. Deciding that such benchmarks have become too arduous for us to reach marks a dangerous turn in the history of rights.

Some of the ‘hard won’ rights enumerated in the 1689 Bill of Rights of course seem ridiculous to us now. That is in large part because we are able to take them for granted; it has been a long time since one of our monarchs ‘pretended power of dispensing with laws … by regal authority’. But it is also because the concept of rights, and indeed of what constitutes a right, has evolved.

From 1689 onwards the story has been one of development and progression. As rights become more secure, so too they can be built upon – taken further, perhaps, than had been intended by their initiators. It is in practice a long way from the 1689 stipulation that ‘jurors be duly impanelled’ to the modern-day right to a ‘fair trial’, with all that that entails regarding due procedure and equality of arms in the courtroom. But it is not so very far in principle.

The ability to contend with, and surmount, these changing contexts and aspirations is what led the drafters of the European Convention to view it as a ‘living instrument’, able to sustain the ethos of the rights it articulated even as history moved on around it. Far from the ‘mission-creep’ with which the HRA and ECHR are tarnished by their detractors, it is this very interpretative flexibility which enables these rights to remain vital and relevant today.

It would be a lasting shame if, by drafting a new ‘British Bill of Rights’, the Conservatives were to remove us from the international standards which had been inspired by our previous Bill in 1689.

Given such ready-made historical analogies, it might seem strange that the Conservatives haven’t made more play on the forthcoming anniversary of the 1689 Bill of Rights: nor do they seem intent on so doing. Tossed upon UKIP-inspired tides whipped up by anti-European sentiment, why wouldn’t the Conservatives take the opportunity to promote themselves as advocates of a peculiarly British vehicle of Parliamentary sovereignty, against European tyranny? Why isn’t the 1689 Bill of Rights being exploited by sponsors of today’s British Bill of Rights?

There are a number of similarities between the Bill of 1689 and that being proposed by the Conservatives today. It is important to both documents, for example, that they are not seen to devise ‘new’ rights, but rather assert more clearly those that pre-existed. In 1689, of course, the Bill of Rights was concerned with defending rights which had been trampled upon by a transgressive monarch, whereas the contemporary British Bill of Rights is all about clawing back rights which have been over-expanded to ‘triviality’.

In both cases, however, what was at stake was the question of sovereignty – and the challenge of a foreign power. The Roman papal threat of the seventeenth century, disengaging subjects from true obedience to their monarch and undermining British interests in favour of a European-wide power, has translated into the bureaucratic threat of Brussels – in which yet another foreign jurisdiction seeks to ride rough-shod over British constitutional principles, ignoring the will of our people as articulated by our government.

The 1689 Bill also reveals much about the context and contingency-specific nature of 'rights'. Chris Grayling insists he is a passionate advocate of ‘real’ human rights; at the end of James II’s reign, Members of Parliament were equally passionate about the ‘rights and liberties of the people of this Kingdom’… as long as they were Protestant. Catholics were inherently suspect, as they swore loyalty to the Pope over and above the King. They could not be trusted to have the best interests of Britain at heart.

Anti-popery is no longer the unifying national pastime it once was, but the document in which the Conservatives outlined their proposals to repeal the Human Rights Act is founded upon a litany of modern-day bogey-men: ‘foreign criminals’, ‘illegal immigrants’, ‘travellers’ and ‘terrorists’. It as if the cast list had been decided upon by compiling headlines from the Daily Mail and Daily Express over the past fifteen years. They are all figures, Grayling contends, who deserve to have their rights limited because they have failed to uphold their 'responsibilities' to this country.